This post was originally published on May 11, 2018, but reposted here to consolidate all learning materials in one place.

After many years I have decided to pick my (electric) guitar again. I am sharing my story, hopefully to help or inspire other people to do the same!

My experience with playing musical instruments was very patchy an uneven. I have tried to attend accordeon classes (I guess because it was available nearby), but I have failed the entry “exam”. Too bad. Then I have started taking some private lessons (actual musical school seemed to be too much at that moment) somewhere in high-school. A good friend of mine was playing trumpet and advised his teacher. There was no discussion on buying a guitar. I have “lended” a guitar from my uncle. It was an old (Soviet-branded?) 7-string guitar, which was with the help of my teacher converted to 6 strings since 6-strings was a more conventional setup (and I am glad I converted). The sound was not too exciting, but good enough to practice. It had nylon strings that held tuning for a day or two. The lessons lasted a year or two and even resulted in a small concert in school with self-written song (I only did some basic music, the song itself came from my friend). I was singing (way too shy to do it loud enough for everybody) and accompanying myself on a guitar and there was a trumpet solo in between. Wow :).

Anyway, after that I have switched to focus my studies on math and stopped with music altogether for long time. I didn’t have time for anything and playing music was really not on the top of the list. I did have a couple of very musical friends, but their abilities seemed to be way too much for what I could imagine doing myself.

And then eventually I have moved to another country, met my (future at that point) wife and somehow the idea of playing a guitar came back. Actually my wife bought me my first real guitar: a cheap, but a very nice Aria acoustic. I had no idea what to look for and the guy in the shop played a couple of guitars for us, and we ended up buying the one with the brightest sound. Actually after 10 years owning it I am still amazed how good it sounds (to my ears).

Well, not long from buying the acoustic I have realized that I actually want to have an electric one. After all, all the music I was listening too was pretty far from being acoustic. The main “excuse” for my wife was the ability for “silent practice”. To her surprise she found (actually about 8 years later) later that it was not completely silent after all :).

Rewind about 8 years later. I’ve got some virus which nailed me to the bed. It was so bad that I couldn’t read or focus on anything for a couple of days. When I finally could focus on something for more than 15 minutes some inner myself steered me into watching some videos. Actually I pretty quickly ended up watching the TED talk of Tommy Emmanuel. And I was hooked up again… I watched a number of videos from him, then other performers, then started looking for lessons. By the end of the second week I was settled on picking up my guitar again and doing it on a regular basis. Actually I found the advice in one of the countless educational videos (also repeated many times) very good: take 10 minutes a day, don’t try to squeeze an hour your very busy schedule. When you start with 5-10 minutes, you won’t realize that an hour just passed by. Well, first time it will be easy to realize as your fingers will start to hurt. That’s life. Live with it, don’t give up! It took me a month to develop proper callusses, my typing on a keyboard (or tapping a phone screen) became pretty funny as I don’t feel the fingertips on the left hand anymore, but… I can play! 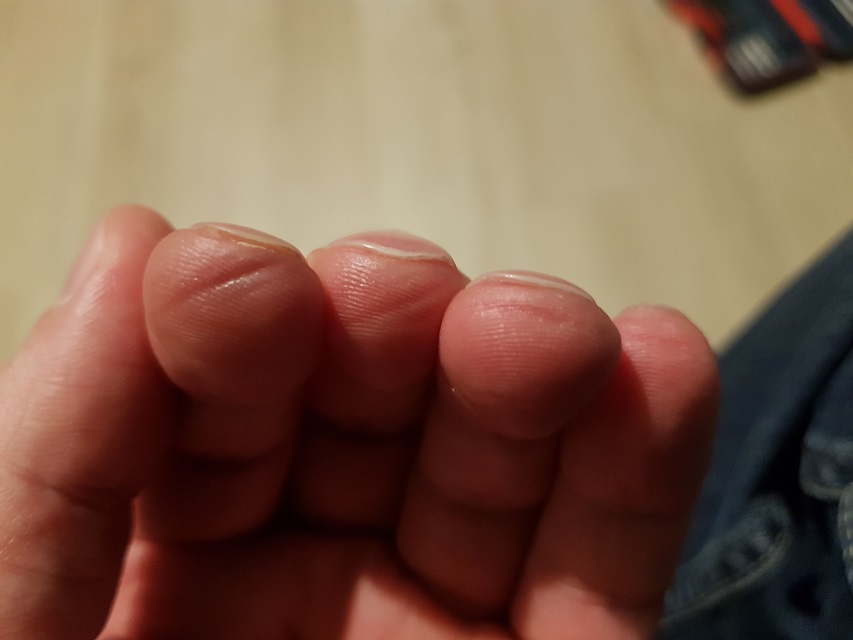 It took me about a month before I stopped having pain in my fingers. Well, not completely, but at least not after first 10 minutes of playing. Playing every day for at least 10 minutes was the main reason to start properly developing callusses. 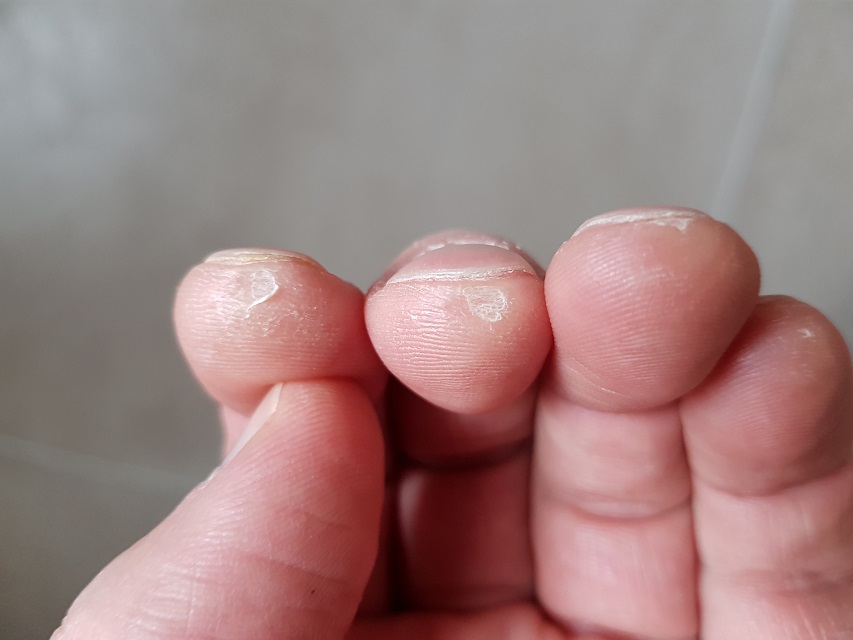 In addition, to speed up the process, I have used the following two tricks:

One of the problems that I have faced about 10 years ago abscense of a curriculum to follow. “Just learn a song” does not work for me. Actually after many tries I have found that I am more inclined to play music than sing songs. Well, since my ability to read sheet music declined to a complete zero I had to start all over again. So I looked for some lessons, but that is not a “quick starter” for me and requires some financial investment, going somewhere for a lesson, etc.

Well, I just want to start and explore. I would perhaps take lessons when I have specific questions or get stuck and need someone to “fix” my mistakes, but not at day 1. So I turned to the Internet again and searched for online courses. Again, being a technical guy, some kind of game-style thing would have worked. And I have found it. Meet the Yousician app.

I have downloaded the Yousician app after a couple of positive reviews and comparisons. I am in no way associated with the guys, I jsut want to share my experience. First of all, the app is pretty easy to start with. The interaction is indeed more like a game, but a game that is connected to the real world. You play the notes after a moving tabulature with the indication what note you have to play (string, fret, approximate duration, etc). I find it very entertaining. The app listens to what you play and gives immediate feedback.

I have started with acoustic guitar and the app without headphones, quickly moved to headphones as the app complains when it “hears itself too much” and then finally settled on having the phone connected to the amp input, and listening the amp headphones output so that I can practice late at night while kids are asleep :).

So far I have only used the free mode, which seem to give all lessons for free, but limit to the 10 minutes lessons. Well, the “trick” is that while you’re practicing it won’t cut off the time, so if you’re practicing for an hour… you can keep practicing! 10 minutes were annoying in the beginning when I was plaing easy things, but with increased levels I was fine with sticking to practicing the difficult tunes. I do plan to switch the full version when I will start feeling cramped with the given time (max 10 minutes lesson. Update: I have switched to the paid version already). In meanwhile I use other apps / books / whatever to practice things outside the app (scales and arpeggios are there to practice any time!).

The app gives lessons and allows browsing different tracks (rhythm, theory and soloing) separately. I like most of the tunes, although I do suspect that “sticking to the game mode” may hamper my ability to play naturally. Something to watch for, but the app is definitely addictive. 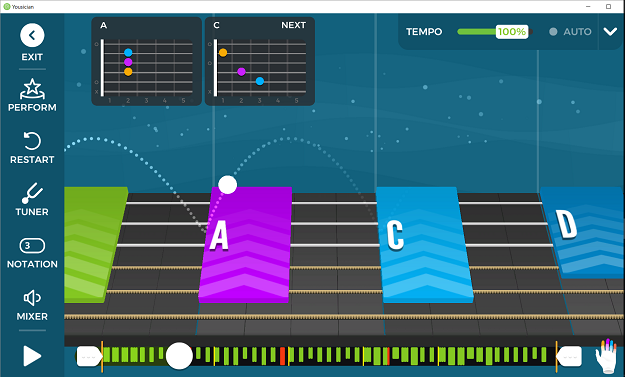 I use the app on the phone and in meanwhile also downloaded the desktop versions (both Windows and MacOSX), which have effectively the same interface.

This is another free-ish app (see Justin Guitar website I was using to practice chords. It has free mode and so far I haven’t overgrown it yet. I like the videos, although the interaction is less clear (IMHO), but very usable and the explanations are easy to follow, so what’s more to expect?

By now I have started to follow a number of channels, depending on the style of music, etc your mileage may vary. I like the following channels:

On motivation and practice