This time I decided go to for something new and try out the D’Addario XTE range.

While practicing on my “main workhorse” Epiphone Sheraton II SB I noticed that the G string became a bit “hairy”. Later on I looked at the fretboard and it screamed for some oiling. Last but not least I was a bit annoyed by a slight buzz coming from the tailpiece, which I hoped to help with an new TonePros tailpiece that was waiting for its turn. It is definitely time for new strings! 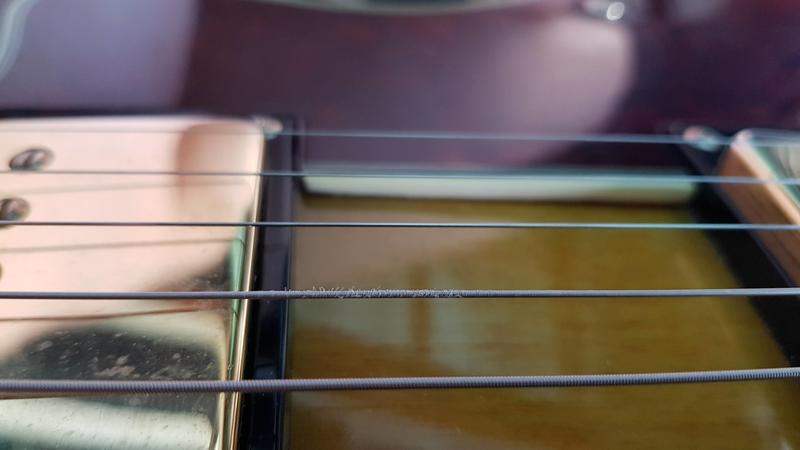 I have to say that I do like the feel and the sound of Elixir Nanoweb‘s I had on the guitar before. Some people don’t like the strings to be “too slick”, but it makes slides pretty easy for untrained fingers :). Anyway, looking at the last change date, it was exactly 6 month ago and I have to admit it is pretty good, although I played only a couple times a week on average in that period (sometimes more, sometimes less) on Sheraton alone.

While I had Elixirs still laying around, I was also up to trying something new (new toy is more interesting than something you already had in your box, isn’t it? :)), so I decided to give the D’Addario (brand which I like in general for strings!) XTE1046 a go. So keep the gauge, but try another supposingly “long lasting” model.

Oiled fretboard, cleaned frets, polished body – the guitar wants to be played! Nothing spectacular in changing the strings – the usual D’Addario “color coding” is always handy! The strings did not require a lot of pulling to stabilize, which is a good thing. I didn’t have much problems with Elixirs either, so I hope the result will be similar. 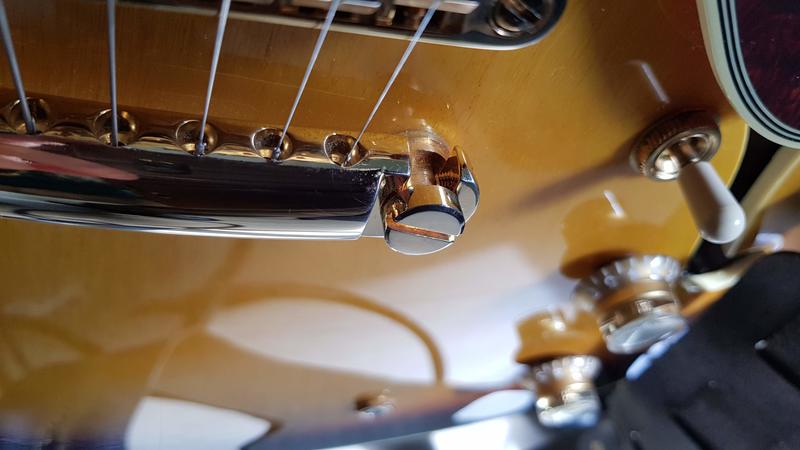 A small side-note on the TonePros II tailpiece. I installed it on the original “pins” as it nicely replaced the original one from Epiphone. The main difference is the “clamping” system of Epiphone vs screws to fix the tailpiece on TonePros. I will let it “set in” for a while, the buzz seem to go away, but it also may depend on the temperature and humidity affecting the semi-hollow body.

The feel of the D’Addario seem to resemble the one from Elixirs, the strings feel pretty slick compared to the regular EXL110 which I have on another guitar (they feel a bit “sticky” compared to Elixirs) . As for the sound I haven’t noticed much difference. They are definitely not as bright as you may expect from new set of D’Addario, perhaps coating brings some “dullness”, or, put differently, let them sound like they are “played in” so that they are sounding more consistent over the time.